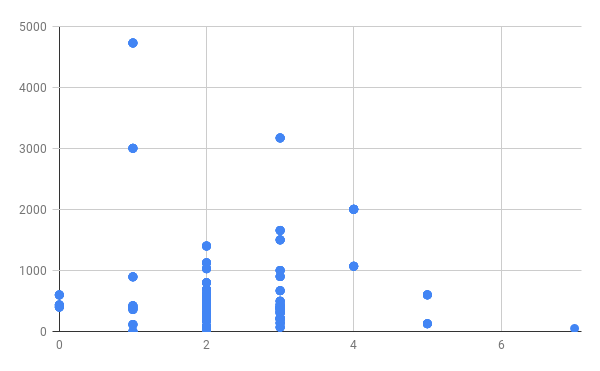 On Chapter 3, we earned about correlation. In this chapter, I it was a bit difficult to catch up because there are so many calculation and keywords relate into this. It is a really fun topic to learn, and see the association between two variables. We did a small project where we survey Liger students and we compare those data to see are there a correlation. It turns out that height and weigh have a high correlation.

The SAT is in the 2 weeks and I still have no idea of what’s going to happens. Everyday in math class, we had about 30 minutes of class time to work on math section. I don’t think I have enough time to do it! Every students in the school require to practice out side of class time 30 minutes to 1 hour each day. SAT is not the only thing that depict us how smart we are, but for students who want to go to university at America, we need to do it!

During the summer holiday, I spent most of the time practicing the SAT and I did get some good result out of it. I know that the only way to get better is to practice; you need to practice every day! I felt better when I’m at home practicing, but when I’m in school, I don’t feel good about it because of my busy works.

To be honest, I don’t really practice SAT that much, but in the next two weeks, I will deadly practice it every single day. I know it a procrastination, but practice for 2 weeks is better than practice nothing.

We use some resources like Khan Academy, textbooks, and college board website. Those resources help me to gain confident little by little. I feel anxious about the upcoming SAT; I hope I do it well.

For the next 3 years most of our senior students will take the SAT test to apply collages. The practice test that we took was on the website calls Khan Academy; we start to take the test since 8:00 am until 11:00am. In total not include essay, I got a total of 1000 points out of 1800 points. I found out that it is a short exam because there were a lot of questions and I don’t have enough time to finish all of them. So for the next three year my main goal is to improve my speed fast, by practice and practice.

This year of Liger (fifth year), I was participated in the event call ISPPMUN 2016. Last year I was also paticipated in this event too, and I was the delegate of Luxembourg, but in the ISPPMUN 2016 I was the delegate of the United Kingdom. I felt really pround that I join this event because it helps me to become more brave with debating and communicate with other people. So my message is that, if you are one of the people that use to scare and shy please join different events like this MUN.

Welcome delegates from all over the world, and good afternoon ISPP chairs.

The delegate of the United Kingdom is excited to be a part of this conference. We have some very important issues to discuss over the next few days and hopefully we can come up with some agreements.  In 2013, the UK donated 35 million dollars to the World Food Project to fight hunger in Africa. We feel it is very important to find creative solutions to the problem of hunger in the world.  In terms of returning cultural artefacts to the country of origin,  The United Kingdom has the Rosetta Stone from Egypt at the British Museum plus many other artifacts, and they all very well preserved and protected, so we understand the importance of preserving cultural objects. We also are strong believers in protecting the environment and deforestation in Southeast Asia will have impact on the entire planet.  Let’s work together to create and pass some realistic resolutions. Thank you!

The question of deforestation in South-East Asia

The question of returning cultural artefacts to the country of origin

The question of feeding the world’s growing billions

Realizing that one-third of worldwide food produced is worth around 1 trillion dollars and is wasted or gets thrown away every year,

Keeping in mind that a flood hit the UK in 2007 and destroyed farmers land approximately 42  thousand hectares worth £89.5 thousand pounds,

Having considered that by 2030, the temperature in North America and Africa will increase by 2% and the rainfall will be 10% less,

On Monday we are starting book 7A. This is is very exciting. As we move on to new/harder material we will be taking regular quizzes and tests each week. The goal is not scare anybody, but to make sure that we are all understanding the material and the vocabulary.

Each week I will try to post the main learning goals on Sunday so that you can know what to expect and help get yourself prepared.

Good job for the first week. In general we all did pretty well on the assessment

This week’s big topics will include some new material, so do not worry if you look at the list below and you don’t know what some of the topics are or mean. We will go over everything in class. We will have an assessment on this material. I’m not sure if it will be this week or next week. It depends how long it takes us to understand the material.

In addition to the work in the textbook I will be listing some Khan Academy videos/practice on the topics. This is not homework. It is just an extra resource for those of you who would like to do some independent practice/learning.

My Question:One dog eats 1000 kg per day. One Monday he eats just only 750 kg because he sick. On Tuesday he eats 850 kg. If on Wednesday he eats depress 60%. What is the different between Monday, Tuesday, and Wednesday? Write your answer as percent.